Get fresh music recommendations delivered to your inbox every Friday.
We've updated our Terms of Use. You can review the changes here.

Gathering Rushes In The Month Of May

from Common Or Garden by Rosie Hodgson 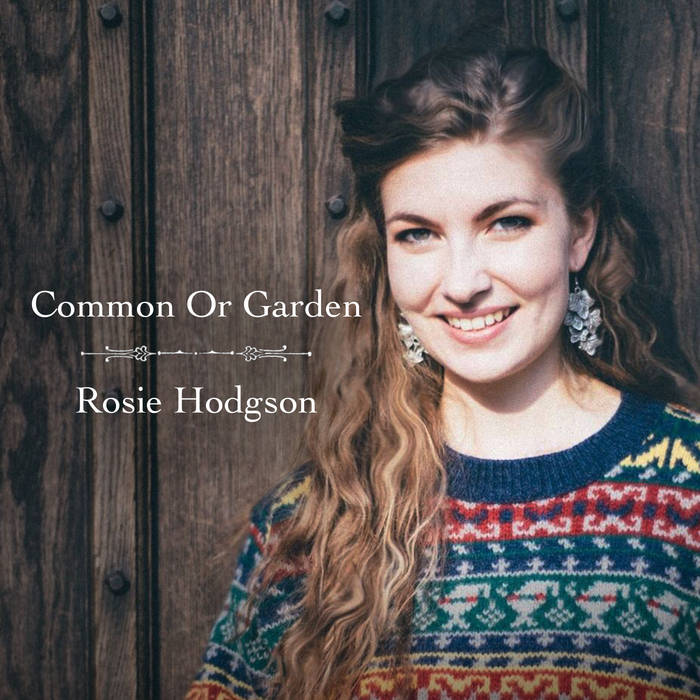 I first heard, and fell in love with, a relative of this song sung by The Battlefield Band when I was small. This version I learned from the singing of Anne Briggs and I love the defiance of this young girl who seems to refuse to be shamed by the taunting of her father. I'm pleased to add my version to the vast family of songs documenting the "unlikely-things-Sally-had-underneath-her-apron"...

A fine young girl all in the month of May,
She was gathering rushes just at the break of day.
But before she's come home she's born a little son,
She's bundled him up underneath her apron.

She hollered at the threshold as she's come in at the door,
She's bundled in her apron that little babe she bore.
Says her father, “Where've you been, my little daughter Jane,
And what's that you've got underneath your apron?”

“Oh father, dear father, it's nothing then,” said she.
“It's only my new gown and that's too long for me.
And I was afraid it would draggle in the dew,
So I rolled it up all underneath my apron.”

But in the first part of the night, when all were fast asleep,
This pretty little baby, oh, it began to weep.
Says her father, “What's that bird a-crying out so clear
In the bedrooms all among the pretty maidens?”

“Oh father, dear father, it's nothing then,” said she,
“It's just a little small bird that fluttered to my knee,
And I'll build for it a nest, and I'll warm it on my breast
So it won't wake you so early in the May morning.”

But in the last part of the night, when all were fast asleep,
This pretty little baby again began to weep.
Says her father, “What's that baby a-crying out so clear
In the bedrooms all among the pretty maidens?”

“Oh father, dear father, it's nothing then,” said she,
“It's just a little baby that someone gave to me.
Let it sleep, let it lie this night along o' me
So it won't wake you so early in the May morning.”

“Well, was it by a black man or was it by a brown,
Or was it by a ploughing lad a-ploughing up and down,
Who gave to you that stranger you wear with your new gown,
That woke us all so early in the May morning?”

“It wasn't by a black man nor was it by a brown,
Oh it was by a ploughing lad a-ploughing up and down.
He gave to me the stranger I wear with my new gown
That woke you all so early in the May morning.”

Rosie is a folk singer/songwriter from Midhurst, West Sussex. Having grown up surrounded by traditional music, her voice possesses a naturalness and maturity, bringing "a ruby-richness to lyrics new and old". (Folk Radio UK)

Rosie is currently touring with her trio, The Wilderness Yet. ... more

Bandcamp Daily  your guide to the world of Bandcamp

Semiratruth joins the show to discuss their latest release, "loading..".